We are back “home” in Annecy/Menthon St Bernard after time spent traveling to the North West of France – Normandy.

It was great (though a little indulgent) to get away, take a holiday from the holiday you could say!

Normandy was amazing. We spent time at the D-Day beaches learning the history of WW2. To this day the local towns still remember the war on a daily basis. A ceremony takes place each morning where flags are raised in memory of the one day in June 1944 that enabled the turning of the war and, as we learned, shaped the world as we know it today. It was a further 9 months after reclaiming this coastline that the allies were able to defeat Germany and declare the war finally over. I had not given much thought prior to this visit about difficulties faced once the war was over and the challenges to return to a new “normal”. The number of lives lost (in both wars) was extraordinary, but much suffering continued for many years. People lived in poverty. Towns, lives, historic buildings and art were gradually restored so we are able to enjoy them today.

The Norman landscape is beautiful, hilly and green with evidence of war through bullet holed buildings and many many graves scattered around. Very sobering but we four all agreed it was so important for us all to have seen whilst spending time in France.

While in Normandy, we were able to see some art in the form of the famous Bayeux Tapestry, a 70 metre long tapestry made in the 1100’s depicting the story of the rise of William the Conqueror and the Battle of Hastings. It could be described as a very gruesome early comic strip, I guess.

Summer in France/Europe means many summer festivals. We took our time coming “home” from Normandy and spent a few nights each in Belgium (Bouillon) and then a small town in Germany called Schenkenzall in the Black Forest. Each evening we were able to enjoy a different celebration in the towns we visited. We have thoroughly enjoyed each and every town. Each one has a unique history, landscape, art, architecture and of course, cuisine! Highlights for the latter have certainly been: Crepes in Normandy, frites in belgium, schnitzel in Germany to name a few. 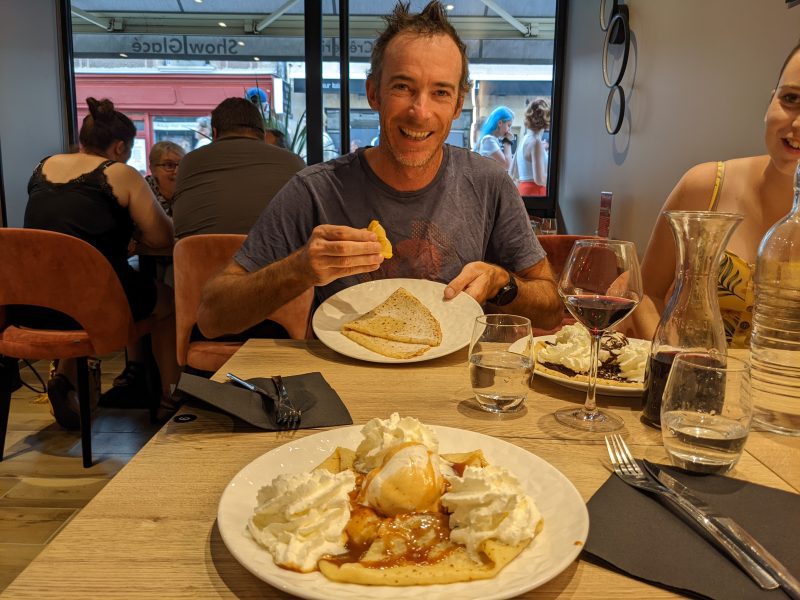 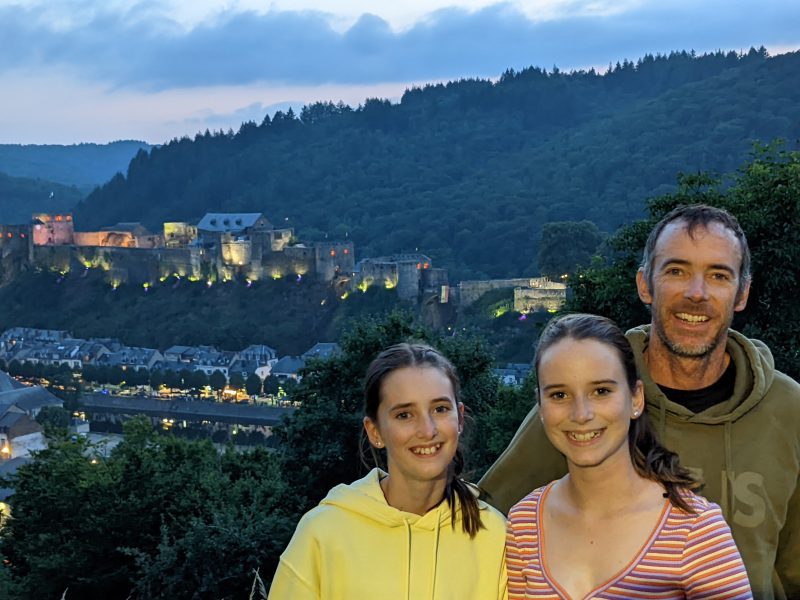 It was great to arrive back “home” in Menthon. The kids are enjoying their summer “vacances” with a combination of swimming at the beach, hiking our many mountains (okay they need encouragement with this one – and a little bribery), visiting local markets and sampling the vast array of fresh local food.

We are officially halfway through our time here, we are missing family, friends and Albury a lot but having a great time.
In a few weeks we will visit Paris and the girls will return to school in September. We are also looking forward to welcoming a few Australian visitors and sharing our France with them.
I am especially looking forward to the moment when my French just “clicks”.